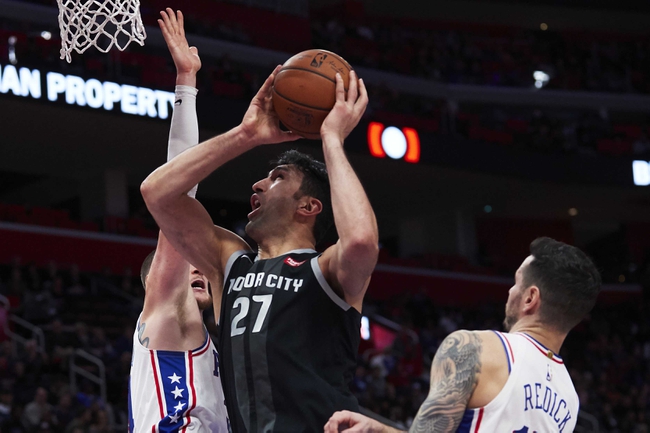 The Detroit Pistons and Philadelphia 76ers meet Monday in NBA action at the Wells Fargo Center.

The Detroit Pistons didn't look good in their game yesterday against the New Orleans Pelicans and are shooting just 40 percent from the field in their last five games. The Philadelphia 76ers are slowly starting to come together, and they're outscoring teams by 10.8 points in their last five games and 8.9 points at home this season overall. The 76ers have also been a covering machine at home dating back to last season and have won six of the last seven games against the Pistons. The chalk is a little bit steep, but there's a lot here leaning in the direction of the home team.