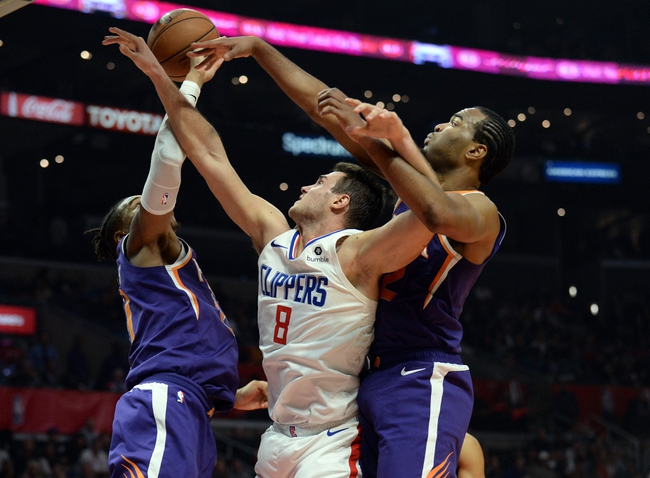 The Los Angeles Clippers pay a visit to the Phoenix Suns at the Talking Stick Resort Arena on Monday night.

The Los Angeles Clippers have been in great form as they’ve won 10 of their last 14 games but they will be hoping to avoid a third straight defeat after getting blown out by the Heat in a 121-98 home loss on Saturday. Tobias Harris led the team in scoring with 20 points, Lou Williams added 18 points and five assists off the bench while Danilo Gallinari chipped in with 12 points and 10 rebounds. As a team, the Clippers shot 37 percent from the field and seven of 29 from the 3-point line as they hung with the Heat for most of the game until the fourth quarter where they were outscored by an astounding 30-8. With the disappointing loss, LA fell to 16-9 on the season and 9-2 at home.

Meanwhile, the Phoenix Suns have been in a world of hurt as they’ve lost 11 of their last 12 games and they will be hoping to put a halt to an eight-game skid after falling to the Heat in a 115-98 home loss on Friday. Troy Daniels drained six 3-pointers to lead the team in scoring with a season-high 18 points off the bench, DeAndre Ayton added 16 points with 11 rebounds while Trevor Ariza chipped in with 10 points, seven rebounds and six assists. As a team, the Suns shot 45 percent from the field and 14 of 34 from the 3-point line but they never threatened after the Heat took control of the game with a 17-2 run to close out the second quarter. With the loss, Phoenix dropped to 4-22 on the season and 3-10 at home.

The Clippers have been in great form but they will be eager to get back on the court after laying an egg in Saturday’s home loss to the Heat. The Suns just haven’t been able to buy a win lately as they continue to struggle without their two leading scorers in TJ Warren and Devin Booker. Warren will be able to play Monday but he will be on a minutes restriction but now the Suns could be without their rookie Ayton who sat out practice on Sunday due to an illness. The Suns have lost eight straight games by double-digits and one of those came against the Clippers who won by 115-99 back on Nov 29. so I’m sticking with the Clippers to get the win and cover in what should be another easy win.