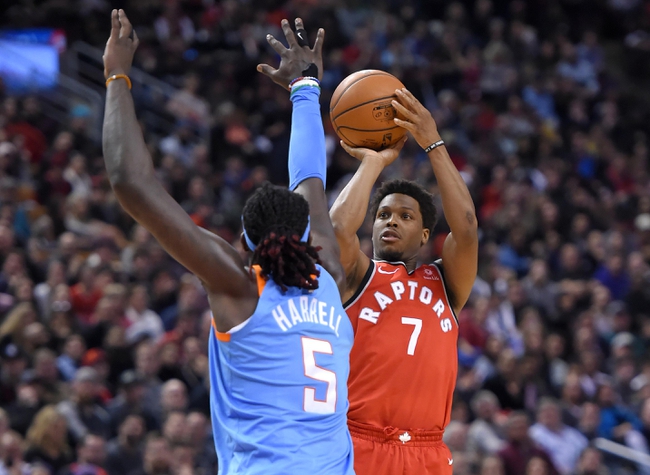 The Los Angeles Clippers play host to the Toronto Raptors at the STAPLES Center on Tuesday night.

The Toronto Raptors have been the best team in the league at this stage of the season, but they’ve fallen off the pace a bit with three losses in their last four games and they will be hoping to bounce back after Sunday’s 104-99 loss to the Bucks. Serge Ibaka led the team in scoring with 22 points, Kawhi Leonard added 20 points while Fred VanVleet chipped in with 19 points off the bench. As a team, the Raptors shot just 41 percent from the field and 15 of 44 from the 3-point line but they just couldn’t get closer than three points after trailing by 11 points in the fourth quarter. Kyle Lowry missed all five of his field goal attempts to finish scoreless for the first time since 2013. With the loss, Toronto fell to 21-7 on the season and 11-4 at home.

Meanwhile, the Los Angeles Clippers have been in decent form as they have won six of their last nine games and they will be looking to build on last night’s 123-119 overtime win at Phoenix. Tobias Harris led the team with 33 points on 11 of 19 shooting, Danilo Gallinari added 25 points while Shai Gilgeous-Alexander chipped in with 16 points and five assists. As a team, the Clippers shot 52 percent from the field and seven of 22 from the 3-point line as they outlasted the shorthanded Suns in overtime after trailing by as many as 10 points early on. Lou Williams left the game in the second quarter with a sore left hamstring and didn’t return as he finished with seven points.

Head to head, the under is 12-3 in the last 15 meetings in LA and the Raptors are 6-2 ATS in the last eight meetings.

The Clippers have cooled off slightly with three losses in their last five outings but they will be looking to build some momentum after outlasting the Suns in overtime last night, but they could be without their best reserve player as Williams is a chance to sit out with a sore hamstring. The Raptors have been the benchmark of the league but they’ve lost three of their last four and are just 1-5 ATS in their last six games overall. This one could go either way, but with the Clippers playing this one on zero days rest, I’m taking the Raptors to pull away in the second half to get the win and cover here.