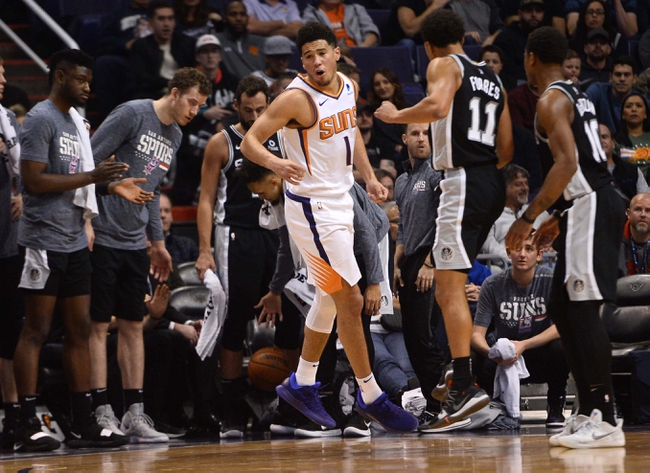 The Phoenix Suns and San Antonio Spurs meet Tuesday in NBA action at the AT&T Center.

The Phoenix Suns are downright awful to put it nicely and they're on the end of a back to back after playing overtime. Backing the Suns isn't a wise option these days. However, the San Antonio Spurs don't exactly play much defense and are only outscoring teams by two points at home this season. The Spurs have also been so subpar this year that this is the first time they've been a favorite of at least eight points. I wouldn't touch this game at all, but if forced to pick, I want the points. I'm not ready to lay big numbers with the Spurs, regardless of who they're playing.