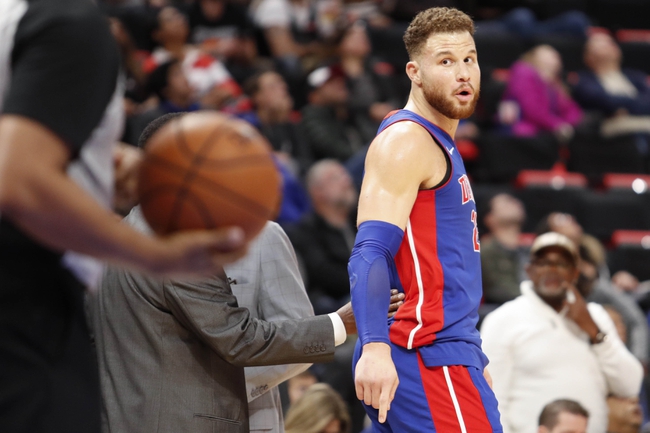 The Detroit Pistons pay a visit to the Charlotte Hornets at the Spectrum Center on Wednesday night.

The Detroit Pistons have been in a real slump as they’re currently riding a five-game losing streak and they will be looking to bounce back after Monday’s 116-102 loss at Philadelphia. Luke Kennard led the team with 28 points on 11 of 18 shooting, Andre Drummond added 21 points with 17 rebounds while Reggie Jackson chipped in with 15 points and seven assists. As a team, the Pistons shot 48 percent from the field and nine of 21 from the 3-point line but they could never really find their footing in the game after falling behind by 15 points in the second quarter. Blake Griffin was rested for the game, so he is expected to be available on Wednesday.

Meanwhile, the Charlotte Hornets have won four of their last seven games and they will be aiming for a third straight victory after taking down the Knicks in a 119-107 road win on Sunday. Kemba Walker led the team with 25 points and six assists, Jeremy Lamb added 19 points while Tony Parker chipped in with 16 points off the bench. As a team, the Hornets shot 48 percent from the field and 12 of 34 from the 3-point line but the difference came at the free throw line where the Hornets outscored the Knicks by 23-6. With the win, Charlotte improved to 13-13 on the season and 4-8 on the road.

The Pistons have been the streakiest team in the league so far as they’re the only team right now with a five-game win streak as well as a couple of five-game losing streaks. Griffin is set to return for the Pistons and perhaps he can inject some life into the team but the Hornets have been the more consistent team and they’ve already beaten the Pistons by 113-103 back on Nov 11. I'm going with the Hornets to get the job done at home with a win and cover here.