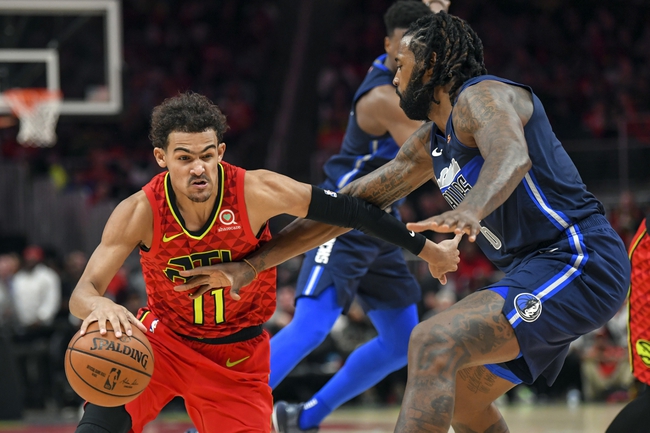 The Atlanta Hawks and the Dallas Mavericks duke it out at the American Airlines Center on Wednesday night.

The Atlanta Hawks have won just six of their first 26 games of the season but they will be feeling pretty good after snapping a four-game skid with a 106-98 home win over the Nuggets on Saturday. John Collins led the team with 30 points, 12 rebounds and five assists, DeAndre’ Bembry added 18 points off the bench while Vince Carter chipped in with 13 points. As a team, the Hawks shot 43 percent from the field and 15 of 42 from the 3-point line as they fell behind by five points going into halftime before flipping the game on its head with a 35-21 third quarter burst. Trae Young had a quiet game of just nine points on three of 12 shooting, but he was hardly needed as the Hawks were great on the defensive end to hold the high-scoring Nuggets to just 37 percent shooting.

Meanwhile, the Dallas Mavericks have been in great form as they’ve won seven of their past nine games and they will be gunning for a third straight victory after blowing past the Magic in a 101-76 rout on Monday night. Harrison Barnes led the team with 19 points, Dwight Powell added 16 points off the bench while Jalen Brunson chipped in with 17 points and four assists. As a team, the Mavericks shot 42 percent from the field and 10 of 35 from the 3-point line but the key to the win was their defense as they held the Magic to just 36 percent shooting and their lowest point total of the season. With the impressive win, Dallas improved to 14-11 on the season and 12-2 at home.

The Hawks have been one of the worst teams in the league all season but everyone once in a while they will surprise you like the Nuggets found out on Saturday. Meanwhile, the Mavericks have been a pillar of consistency for a few weeks now and they’re coming off their best defensive performance of the season. I expect the Hawks to stick around for most of the game, but the Mavericks are 20-7 ATS in their last 27 home games and I think that trend continues as the Mavericks pull away late.