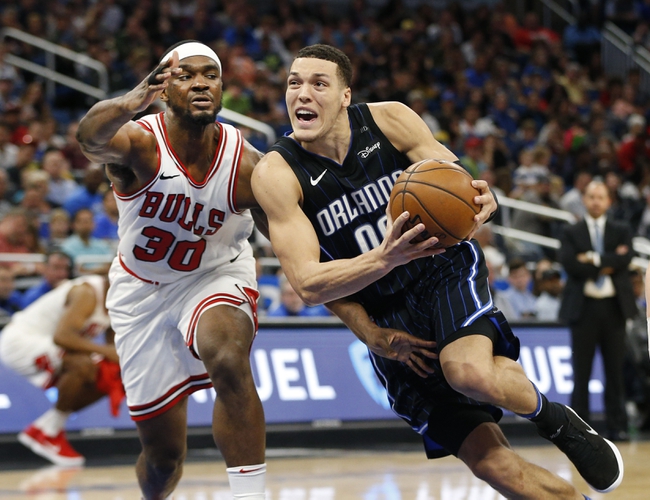 The Chicago Bulls pay a visit to the Orlando Magic at the Amway Center on Thursday night.

The Chicago Bulls have been in a real slump as they’ve lost 13 of their last 15 games and they will be hoping to avoid a third straight defeat after falling to the Kings in a 108-89 blowout on Monday. Zach LaVine led the team with 19 points on seven of 13 shooting while Lauri Markkanen chipped in with 13 points but no other player finished in double figures. As a team, the Bulls shot 44 percent from the field and eight of 28 from the 3-point line as they played well early on to take a 11-point lead going into halftime, but De’Aaron Fox scored 23 of his 25 points in the second half where the Kings outscored the Bulls by an amazing 63-33. With the loss, Chicago dropped to 6-22 on the season and 4-11 at home.

Meanwhile, the Orlando Magic have lost seven of their past 10 games and they will be hoping to put a halt to a three-game skid after falling at Dallas in a 101-76 road loss on Monday. Joanathan Simmons led the team in scoring with 18 points, Aaron Gordon added 10 points on four of 15 shooting while Nikola Vucevic shot four of 15 from the field to finish with eight points, 16 rebounds and four assists. As a team, the Magic shot just 36 percent from the field and eight of 28 from the 3-point as they scored just 36 points in the second half to finish with their lowest point of the season. With the loss, Orlando fell to 12-15 on the season and 6-7 on the road.

The Bulls haven’t been able to buy a win lately and they will be disappointed with their loss to the Kings on Monday after leading by as many as 14 points in the first half. The Magic have been in a real funk lately and they were just held to a season low in points on Monday against the Mavericks. The Bulls are 4-1 ATS in the last five meetings but the Magic got embarrassed in their last outing so I think they'll look to come out firing at home.