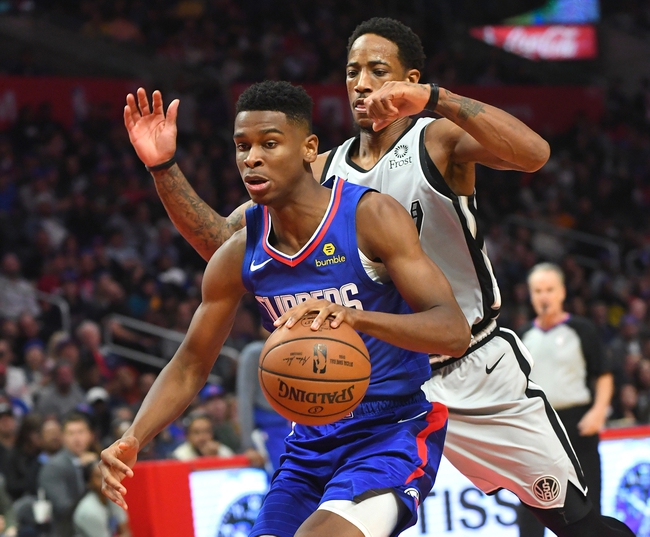 The San Antonio Spurs play host to the Los Angeles Clippers at the AT&T Center on Thursday night.

The Los Angeles Lakers Clippers were one of the best teams during a 10-game stretch where they won nine games, but they’ve fallen back to Earth with four losses in their last six outings. Boban Marjanovic led the team in scoring with 18 points off the bench while Tyrone Wallace chipped in with 15 points, but no other player scored more than 11 points as the Clippers fell to the Raptors in a 123-99 blowout on Tuesday. As a team, the Raptors shot just 44 percent from the field and seven of 25 from the 3-point line. Tobias Harris scored just 10 points while Lou Williams sat out the game with a sore left hamstring as the Clippers could find their way into the game after falling behind by 13 points in the first quarter. With the loss, Los Angeles fell to 17-10 on the season and 9-3 at home.

Meanwhile, the San Antonio Spurs have been in a slump for a while now, but they look to be turning the corner with three straight wins after blowing past the Suns in a 111-86 rout on Tuesday. Bryn Forbes led the team with 24 points, 11 rebounds and three assists, LaMarcus Aldridge added 18 points while Rudy Gay chipped in with 13 points. As a team, the Spurs shot 49 percent from the field and 13 of 21 from the 3-point line but once again it was their effort on the defensive end that was the difference as they held the Suns to just 40 percent shooting and just 40 points in the second half. With the win, San Antonio improved to 14-14 on the season and 10-4 at home.

The Clippers have been one of the surprise teams in the league at this early stage of the season as few people would’ve predicted that they’d start this well, but they’ve fallen off the pace lately and are vulnerable with Williams likely to miss two weeks with a sore left hamstring. The Spurs were struggling for a while but it looks like they’re on a nice roll with three double-digit wins in a row. The Clippers are more than capable of pulling off the minor upset here, but the Spurs have really heated up lately on the back of their defense and I think they keep it going with a win and cover at home where they are 19-7 ATS in their last 26 games.