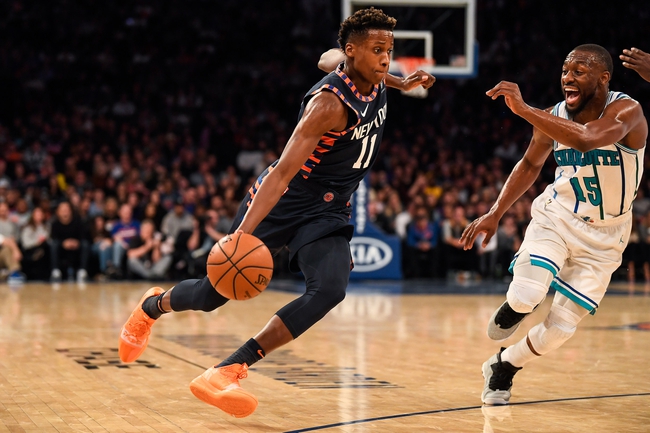 The New York Knicks and Charlotte Hornets meet Friday in NBA action at the Spectrum Center.

The Charlotte Hornets just beat the Knicks by 12 points on the road a couple of weeks ago and easily play their best ball at home where they're outscoring teams by seven points. The New York Knicks aren't winning and aren't covering despite being big underdogs most nights, and they're being outscored by 9.2 points on the road this season. At this point it's not even about backing the Hornets, it's about fading the Knicks. So, I'll take the Hornets by double digits once again.