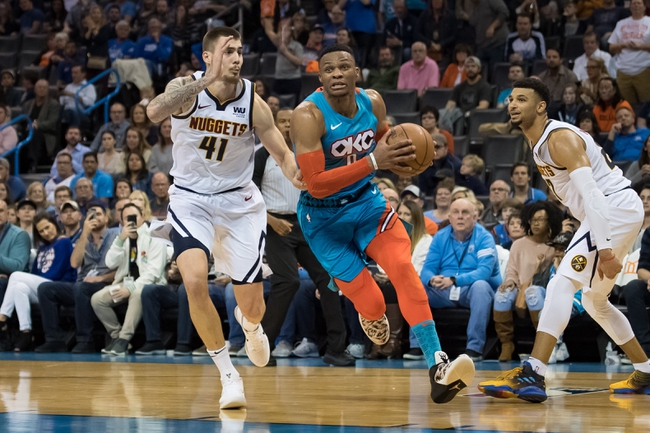 The Oklahoma City Thunder and Denver Nuggets meet Friday in NBA action at the Pepsi Center.

The Denver Nuggets have won five of the last six meetings against the Oklahoma City Thunder, which includes a seven point victory on the road last month when they were six point underdogs. The Nuggets have been a bit of hit or miss this season overall, but they are outscoring teams by 12.4 points at home this season while shooting 48.3 percent from the field. Given the history between these teams and the way the Nuggets play at home, you have to love the value of the home team and a free bucket.