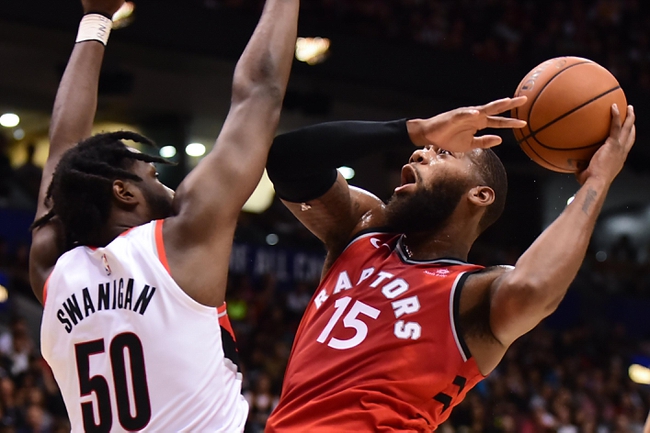 The Toronto Raptors invade the Moda Center to battle the Portland Trailblazers on Friday night.

The Toronto Raptors have been the benchmark of the league all season as they’ve won 23 of their last 30 games and they will be aiming for a third straight victory after taking down the Warriors in a 113-93 road win on Wednesday. Kyle Lowry led the team with 23 points and 12 assists, Serge Ibaka added 20 points with 12 rebounds while Danny Green chipped in with 15 points and five assists. As a team, the Raptors shot 48 percent from the field and nine of 28 from the 3-point line, but where they shone was on defense as they held the Warriors to just six of 26 from the 3-point line while forcing them into 19 turnovers. Kawhi Leonard sat out the game with a bruised hip while Jonas Valanciunas left the game with a dislocated thumb.

Meanwhile, the Portland Trailblazers have been in a real slump as they’ve lost eight of their past 11 games and they will be hoping to avoid a third straight defeat after falling to the Grizzlies in a 92-83 road loss on Wednesday. CJ McCollum led the team with a season-high 40 points on 16 of 27 shooting, Damian Lillard added 14 points while Al-Farouq Aminu chipped in with 10 points but no other player finished in double figures. As a team, the Trailblazers shot just 36 percent from the field and six of 22 from the 3-point line as no one other than McCollum could find their groove, but the game was closely contested up until midway through the fourth quarter where Mike Conley sparked the Grizzlies on a decisive 13-0 run to steal the game late. With the loss, Portland fell to 15-13 overall and 5-9 on the road.

The Raptors have been without their best player in Kawhi Leonard for the last two games and he is listed as questionable with a bruised right hip, but it hasn't stopped them from registering big wins over the two of the hottest teams in the Clippers and the Warriors. The Trailblazers haven't been able to find their groove for a while now but you always feel that they're a chance to turn things around at home, especially if Leonard isn't available for the Raptors. This could go either way, but the Raptors are just too hot right now and I like their chances even if they're shorthanded.