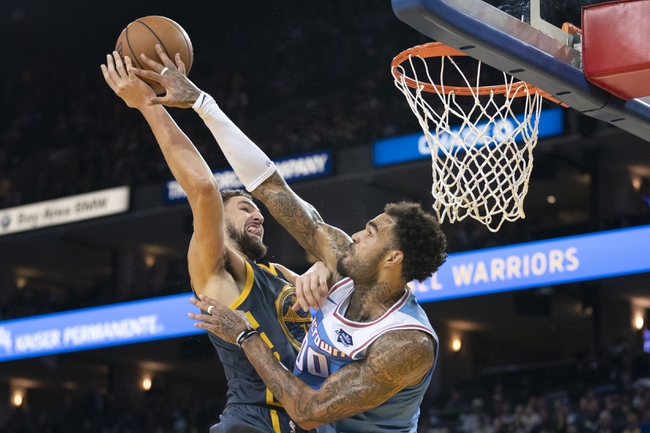 The Golden State Warriors and Sacramento Kings meet Friday in NBA action at the Golden 1 Center.

The Golden State Warriors just got destroyed by the Toronto Raptors at home despite Kawhi not playing, and they've lost six of their last nine games on the road. While things are probably going to turn around eventually, it's tough to lay big chalk with the Warriors right now. The Sacramento Kings continue to be the biggest surprise in the league this season and are outscoring teams by 11.2 points during their last five games. The Kings have also played the Warriors tough recently, which includes wins in two of their last five games and a recent one point loss last month. The Kings are a confident, young, athletic bunch that will be up for this game. Throw in the Warriors road struggles, and I like the points.