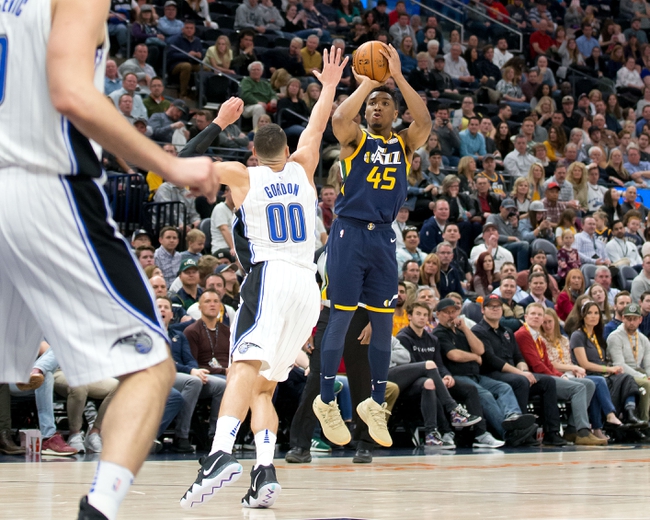 The Utah Jazz and the Orlando Magic duke it out at the Mexico City Arena on Saturday night.

The Utah Jazz have been in decent form as they’ve won six of their past 10 games and they will be looking to keep things rolling after blowing past the Heat in a 111-84 home win on Wednesday. Donovan Mitchell led the team with 21 points, Derrick Favors added 17 points off the bench while Kyle Korver chipped in with 16 points. As a team, the Jazz shot 52 percent from the field and 16 of 32 from the 3-point line and they were able to rest their starters after putting the game to bed early with a dominant 40-15 first quarter ambush. With the easy win, Utah improved to 14-15 on the season and 5-6 at home.

Meanwhile, the Orlando Magic haven’t been at their best as they’ve lost five of their last eight games but they were able to arrest a three-game slide with a 97-91 home win in Mexico City over the Bulls on Thursday. Nikola Vucevic led the way with 26 points and 10 rebounds, DJ Augustin added 15 points while Jonathan Isaac and Evan Fournier each scored 10 points. As a team, the Magic shot just 41 percent from the field and 11 of 33 from the 3-point line as they found themselves in a real battle against the lowly Bulls before Vucevic delivered on a clutch go-ahead basket with 28 seconds left in the fourth quarter.

The Magic were able to stop a three-game skid with a much-needed win over the lowly Bulls on Thursday, but they were hardly convincing as that game went down to the wire. The Jazz haven’t been at their best lately but they were absolutely dominant against the Heat on Wednesday and are 7-1 ATS in the last eight meetings in Orlando. With that being said, I’m sticking with the Jazz to stay hot with a win and cover in this one.