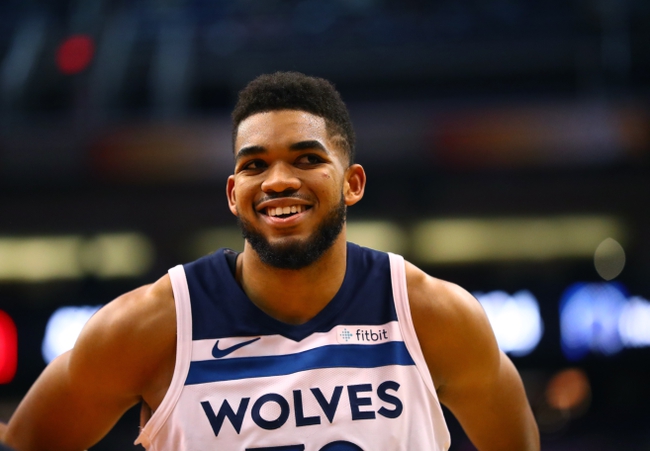 The Phoenix Suns play host to the Minnesota Timberwolves at the Talking Stick Resort Arena on Saturday night.

The Minnesota Timberwolves have been in solid form as they’ve won nine of their last 15 games but they will be hoping to snap a three-game skid after falling at Sacramento in a 141-130 road loss on Wednesday. Andrew Wiggins led the team in scoring with 25 points on 10 of 15 shooting, Karl-Anthony Towns added 19 points with 11 rebounds and four assists, Robert Covington scored 17 points while Derrick Rose chipped in with 20 points off the bench. As a team, the Timberwolves shot 53 percent from the field and they had six players finish in double figures, but their defensive struggles on the road continued as they allowed the Kings to shoot a sizzling 58 percent from the field and 19 of 38 from the 3-point line. With the loss, Minnesota fell to 13-15 on the season and 2-11 on the road.

Meanwhile, the Phoenix Suns have lost 13 of their last 15 games but they will be feeling pretty good after snapping an ugly 10-game losing streak with a 99-89 home win over the Mavericks on Thursday. TJ Warren led the team with a season-high 30 points on 11 of 17 shooting, Jamal Crawford added 17 points and five assists off the bench while Trevor Ariza racked up 13 points with eight rebounds, five assists and four steals. As a team, the Suns shot 40 percent from the field and 10 of 27 from the 3-point line but they did a great job of running the Mavericks off the 3-point line which paid off as the Mavericks shot made just five of 33 from behind the arc. With the upset win, Phoenix improved to 5-24 on the season and 4-11 at home.

The Suns are still anchored at the bottom of the Western Conference standings as they continue to deal with injuries, but they sprung to life in their upset win over the Mavericks thanks to Warren who has been great since his return to the starting lineup. The Timberwolves haven’t been at their best, but you think they would have more than enough talent to get the win here, but they’re anything but a sure bet as they’ve won just two of 13 road games all season. With that being said, I think this one could be closer than people think so I’m taking the Suns with the points here.