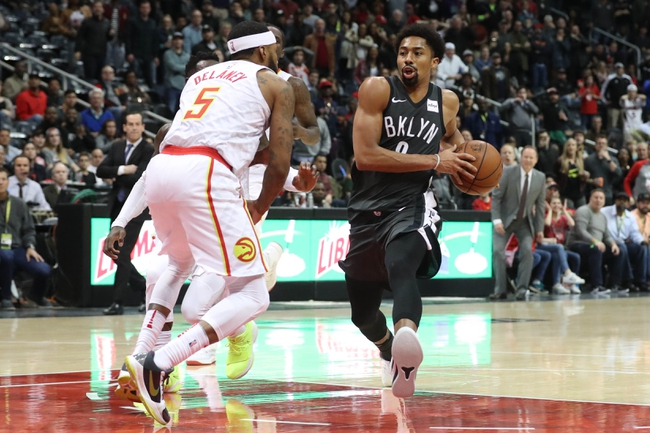 The Atlanta Hawks and the Brooklyn Nets duke it out at the Barclays Center on Sunday afternoon.

The Atlanta Hawks have been in a real slump as they’ve lost six of their last seven games and they will be hoping to avoid a third straight defeat after falling to the Celtics in a 129-108 blowout on Friday. Kevin Huerter led the team in scoring with 19 points on seven of 10 shooting, Kent Bazemore and Alex Len each scored 13 points while John Collins chipped in with 11 points and 14 rebounds. As a team, the Hawks shot 41 percent from the field and 16 of 38 from the 3-point line but they were never in the game after getting outscored by 42-19 in the first quarter. With the loss, Atlanta dropped to 6-22 on the season and 2-13 on the road.

Meanwhile, the Brooklyn Nets have struggled for most of the season but they’ve sprung to life with four straight wins after edging out the Wizards in a 125-118 home win on Friday. Spencer Dinwiddie continue his hot streak with 27 points and six assists off the bench, Joe Harris added 19 points with six assists while Ronda Hollis-Jefferson and Rodions Kurucs each scored 15 points. As a team, the Nets shot 52 percent from the field and 11 of 31 from the 3-point line as they took control of the game with a 43-28 second quarter before putting the game out of reach in the third quarter. With the win, Brooklyn improved to 12-18 overall and 5-10 at home.

The Hawks haven’t been able to buy a win lately and they will be embarrassed after getting blown out by the Celtics on Friday, but I don’t see them bouncing back against this resurgent Nets team. Dinwiddie has made an immediate impact in his return to action and the Nets are a perfect 5-0 ATS in their last five games overall. I’m going with the Nets to stay hot with another win and cover at home.