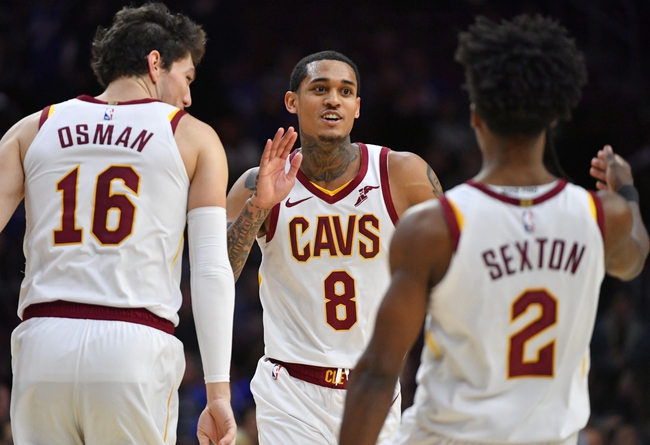 The Philadelphia 76ers pay a visit to the Cleveland Cavaliers at the Quicken Loans Arena on Sunday night.

The Philadelphia 76ers have been in great form as they’ve won six of their past nine games but they will be hoping to avoid a third straight defeat after falling to the Pacers in a 113-101 home loss on Friday. Joel Embiid led the way with a game-high 40 points with 21 rebounds and three assists, JJ Redick added 22 points while Ben Simmons chipped in with 18 points, nine rebounds and four assists. As a team, the 76ers shot just 40 percent from the field and nine of 36 from the 3-point line as they started to take a 10-point lead going into halftime before getting outscored by 64-42 in the second half. Jimmy Butler sat out his second straight game with a groin strain and is currently listed as questionable for Sunday.

Meanwhile, the Cleveland Cavaliers have lost eight of their last 11 games and they will be hoping to bounce back after falling to the Bucks in a 114-102 home loss on Friday. Jordan Clarkson led the team in scoring with 23 points and four assists off the bench, Rodney Hood added 19 points while Larry Nance Jr. racked up 14 points with 10 rebounds and six assists. As a team, the Cavaliers shot just 40 percent from the field and 13 of 36 from the 3-point line but they were always fighting an uphill battle after falling behind by 14 points going into halftime. The Cavaliers just had no way of stopping Giannis Antetokounmpo who torched them with 44 points on 14 of 19 shooting. With the loss, Cleveland fell to 7-22 overall and 5-11 at home.

Jimmy Butler remains questionable for Sunday with a groin injury while Tristan Thompson is out for another two to four weeks. The Cavaliers beat the 76ers by 121-112 back on Nov 23 in a shock upset, so the 76ers will be eager to make up for that with a win but they've stumbled in their last couple of games. The Cavaliers could very well pull off the upset once again but as shaky as the 76ers have been playing, I still think they're more than good enough to get the win by double digits here.