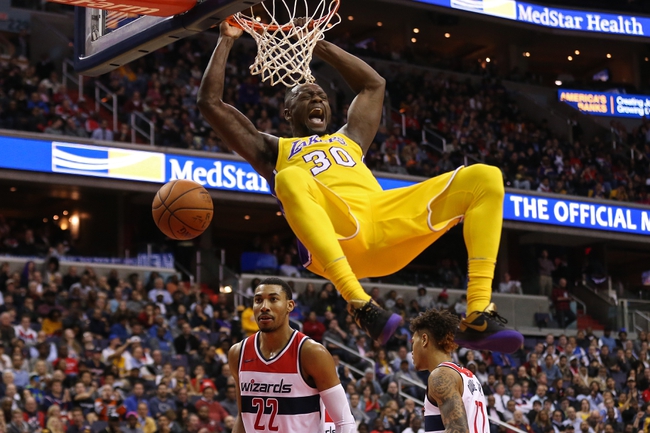 The Los Angeles Lakers and Washington Wizards meet Sunday in NBA action at the Capital One Arena.

I'm not sure how the hell the Washington Wizards are favored in this game, a team that's being outscored by nearly five points on the season and over four points in their last five games. The Wizards don't play a lick of defense and often look like they want to be anywhere but playing basketball. The Los Angeles Lakers are on the end of a back to back, but they're improving defensively and the confidence is growing. We're simply getting the better team as a slight underdog. I'll take it.