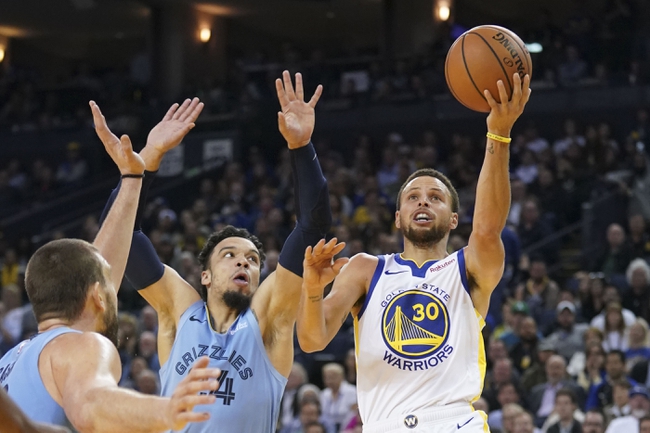 The Memphis Grizzlies pay a visit to the Golden State Warriors at the Oracle Arena on Monday night.

The Memphis Grizzlies have been in a bit of a slump with four losses in their last five games and they will be hoping to avoid a third straight defeat after falling to the Rockets in a 105-97 home loss on Saturday. Mike Conley led the team with 22 points and six assists, Marc Gasol added 17 points with nine rebounds and four assists while JaMychal Green chipped in with 13 points off the bench. As a team, the Grizzlies shot a healthy 53 percent from the field but just five of 23 from the 3-point line but they were always fighting a losing battle after the Rockets outscored them by 61-40 in the first half. With the loss, Memphis fell to 16-13 on the season and 9-6 at home.

Meanwhile, the Golden State Warriors have been in great form as they’ve won five of their last six games and they will be looking to stay hot after sneaking past the Kings in a 130-125 road win on Friday. Stephen Curry led the team with 35 points, seven rebounds and six assists, Kevin Durant added 33 points with eight assists while Klay Thompson chipped in with 27 points on 10 of 27 shooting. As a team, the Warriors shot 45 percent from the field and 15 of 40 from the 3-point line but they really couldn’t find their groove until the final 3:03 where they closed the game on a 17-3 run to steal the game late. With the win, Golden State improved to 20-10 overall and 8-7 on the road.

The last time these two teams met it was the Warriors who won by 117-101 back on Nov 5, so the Grizzlies will be out to settle the score in this one. However, the Grizzlies have been in a funk lately and they looked poor in their last two losses to the Heat and the Rockets, so I’m going with the betting trends and taking the loaded Warriors to get the win and cover in a blowout.