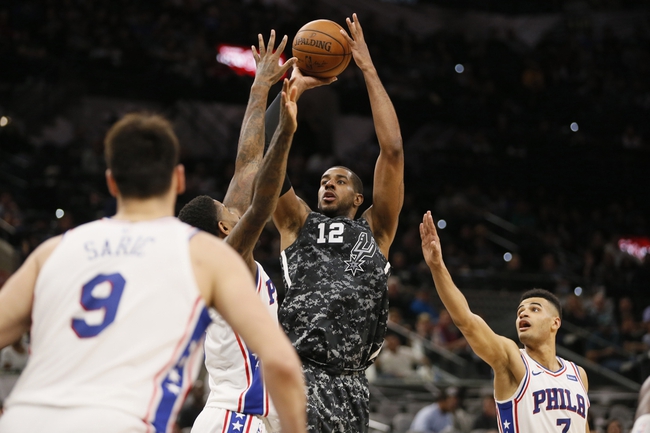 The Philadelphia 76ers and San Antonio Spurs meet Monday in NBA action at the AT&T Center.

I'm not sure what's gotten into the San Antonio Spurs, but they're playing their best ball of the season right now, which includes 51.1 percent shooting and outscoring teams by 16.8 points in their last five games. The Philadelphia 76ers aren't the same team on the road as they are at home, and they're actually being outscored by 3.4 points on the road this season overall while covering just four of their last 16 road games. While these teams don't play often, the Spurs have won eight of the last 10 meetings against the 76ers. In a near toss-up, I'm leaning towards the Spurs at home.