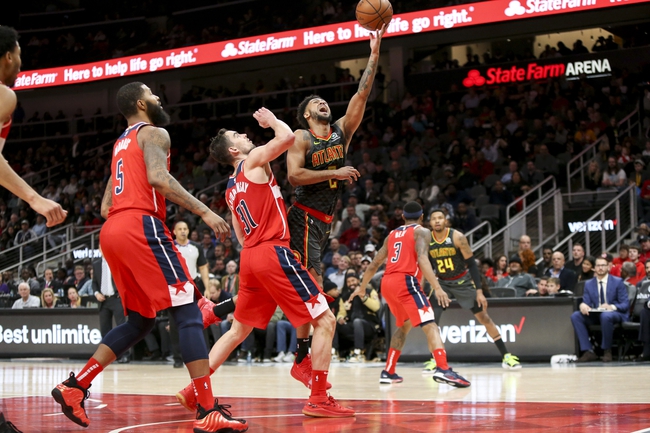 The Washington Wizards and Atlanta Hawks meet Tuesday in NBA action at the Philips Arena.

The Washington Wizards continue this weird up and down season where one game they look like they're turning the corner and the next, they're losing to one of the worst teams in the league. The Atlanta Hawks have been able to sneak in some covers here and there, but they're being outscored by 10.2 points in their last five games and 8.8 points at home this season overall. Regardless of what you think of the Wizards, they're easily the better team in this matchup and have won five of their last seven meetings against the Hawks. I'll lay the reasonable chalk.  ..