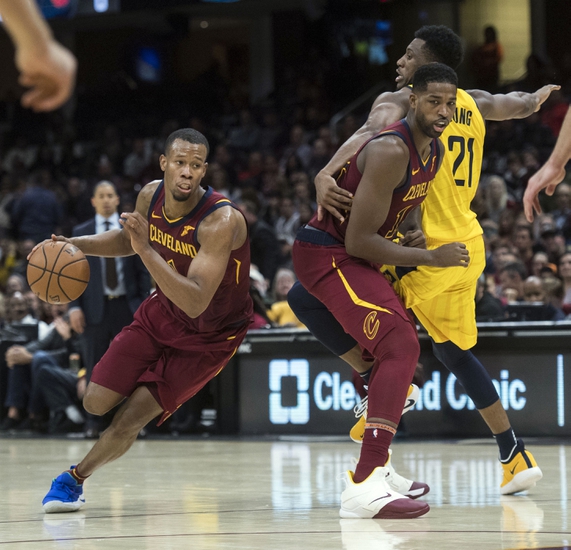 The Cleveland Cavaliers and the Indiana Pacers duke it out at Bankers Life Fieldhouse on Tuesday night.

The Cleveland Cavaliers have lost nine of their last 12 and they will be hoping to avoid a third straight defeat after falling to the 76ers in a 128-105 home loss on Sunday. Jordan Clarkson and Cedi Osman led each scored 18 points while Rodney Hood and Matthew Dellavedova each scored 13 points. As a team, the Cavaliers shot 46 percent from the field and 12 of 30 from the 3-point line as they started well to jump out to an early 10-point lead early in the second quarter, but it was all one-way traffic in favour of the 76ers from that point onwards, particularly in the fourth quarter where the Cavaliers were outscored by 39-20. With the loss, Cleveland fell to 7-23 on the season and 5-12 at home.

Meanwhile, the Indiana Pacers have been in great form as they’ve won nine of their last 11 games and they will be gunning for an eighth straight victory after taking down the Knicks in a 110-99 home win on Sunday. Victor Oladipo led the team with 26 points, eight rebounds, seven assists and five steals, Myles Turner added 24 points on 10 of 19 shooting while Domantas Sabonis chipped in with 13 points, 12 rebounds and four assists off the bench. As a team, the Pacers shot 46 percent from the field and 12 of 34 from the 3-point line but with the game tied in the fourth quarter, it was the Pacers who closed the game on a 29-18 run to improve to 20-10 on the season and 11-4 at home.

The Cavaliers haven't been able to string together two good games and they're coming into this one fresh off a 23-point home loss to the 76ers. The Pacers have been one of the hotttest teams in the league lately and they're back at full strength with Oladipo back in the starting lineup. With that being said, the Pacers are also 5-1 ATS in the last six meetings overall and 4-1 ATS in the last five meetings against the Cavaliers in Indiana, so I'm sticking with the Pacers to get the win and cover here.