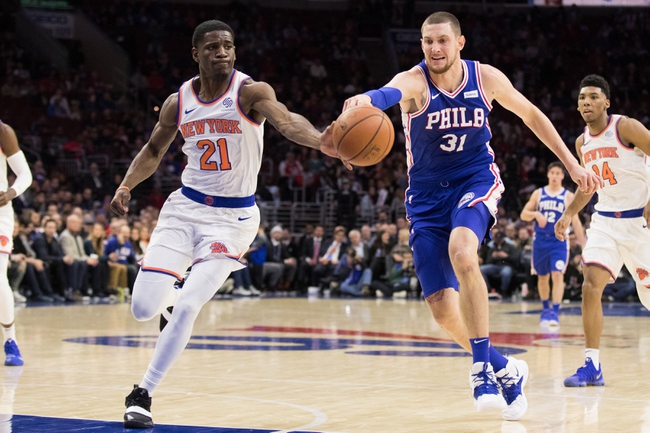 The Philadelphia 76ers continue to play games way too close to the vest and are having issues defensively, as they're allowing 114 points on 49.3 percent shooting in their last five games. The 76ers have had issues putting even bad teams away and are only outscoring teams by 7.3 points at home this season, so it's not like they're blowing the doors off anything. The New York Knicks are bad, we all know it, but they are 5-4 ATS this season when an underdog of at least nine points and have been decent enough offensively to hang around. I don't want to back the Knicks as much as the next man, but I'm not laying a monster number with the 76ers.