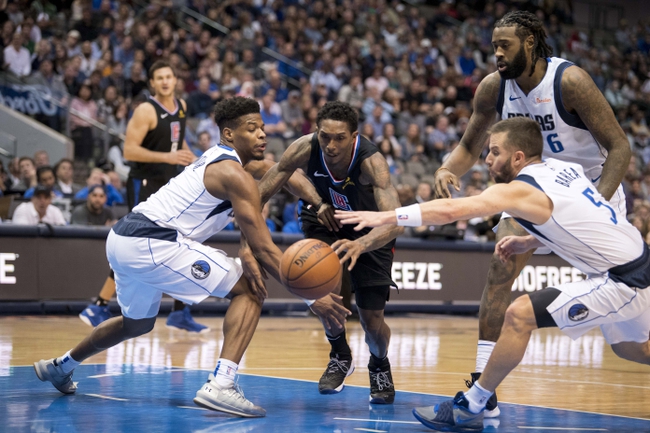 The Los Angeles Clippers play host to the Dallas Mavericks at the STAPLES Center on Thursday night.

The Dallas Mavericks have been in a bit of a rut as they will be hoping to snap a three-game skid after falling to the Nuggets in a 126-118 road loss on Tuesday. Harrison Barnes led the team with 30 points on 10 of 16 shooting, Luka Doncic added 23 points with 12 assists while Wesley Matthews chipped in with 14 points and four assists. As a team, the Mavericks shot 46 percent from the field and 15 of 37 from the 3-point line but they weren’t ready for the offensive explosion from the Nuggets who shot 55 percent from the field after pouring in 74 points in the first half. With the loss, Dallas fell to 15-14 on the season and 2-11 on the road.

Meanwhile, the Los Angeles Clippers were one of the surprise teams of the league not that long ago, but they’ve lost six of their last seven games and they’ll be eager to stop a four-game skid after falling to the Trailblazers in a 131-127 home loss on Monday. Tobias led the team with 39 points on 15 of 22 shooting, Shai Gilgeous-Alexander added 24 points on nine of 15 shooting while Danilo Gallinari chipped in with 22 points. As a team, the Clippers shot 50 percent from the field and 10 of 27 from the 3-point line but they would fall just short despite cutting an 18-point fourth quarter deficit to just one. With the painful loss, the Clippers fell to 17-13 on the season and 9-4 at home.

The Mavericks haven't been at their best lately as they've lost three straight and the same could be said for the Clippers who have lost six of their last seven. The Mavericks hold the edge in the betting trends as they're 5-1-1 ATS in the last seven meetings, but they've been a poor road team all season and are just 0-4 ATS in their last four road games. With that being said, the Clippers have been in a slump but they haven't played since Monday so I think they can start to turn things around with a narrow home win in this one.