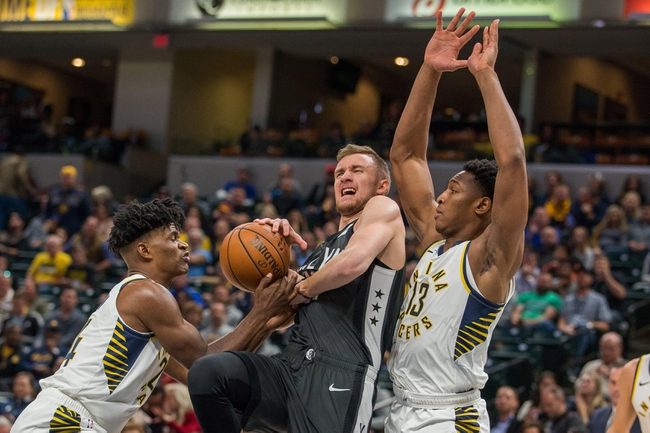 The Indiana Pacers pay a visit to the Brooklyn Nets at the Barclay Center on Friday night.

The Indiana Pacers seem to have cooled off from their seven-game win streak as they’re now looking to avoid a third straight defeat after falling to the Raptors in a 99-96 road loss on Wednesday. Victor Oladipo led the team with 20 points and four assists, Bojan Bogdanovic added 18 points while Myles Turner chipped in with 10 points, 14 rebounds and five blocks. As a team, the Pacers shot 47 percent from the field and nine of 20 from the 3-point line but they couldn’t find a bucket when it mattered as they were held to just 11 points in the fourth quarter. With the loss, Indiana fell to 20-12 on the season and 9-7 on the road.

Meanwhile, the Brooklyn Nets have quietly become one of the hottest teams in the league as they will be gunning for a season-high eighth straight victory after sneaking past the Bulls in a 96-93 road win on Wednesday. Spencer Dinwiddie led the team with 27 points on eight of 15 shooting off the bench, Jarrett Allen added 16 points with 12 rebounds while D’Angelo Russell chipped in with 13 points. As a team, the Nets shot 45 percent from the field and eight of 25 from the 3-point line but even against the lowly Bulls, the Nets had to right till the end as they escaped on the back of a clutch go-ahead floater from Joe Harris in the final minute. With the win, Brooklyn improved to 15-18 on the season and 8-8 on the road.

The Pacers will be frustrated with their recent play as they lost their last two games by a combined four points but they will like their chances against the Nets who they’ve already beaten by 132-112 back on Oct 20. Looking at the betting trends, the edge goes to the Pacers who have covered in seven of the last eight meetings, but looking at the form guide, I’m going to give to the edge to the Nets. This could go either way, but the Nets have been on fire lately and look like decent value as slight underdogs at home.