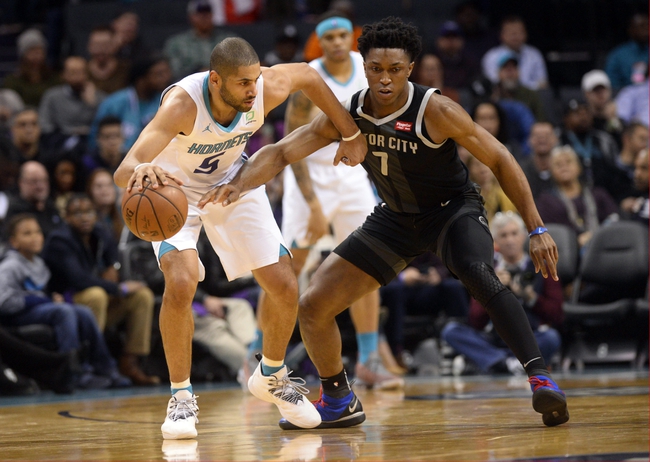 The Charlotte Hornets play host to the Detroit Pistons at the Spectrum Center on Friday night.

The Detroit Pistons are trying to work their way out of a slump as they’ve lost seven of their last nine games but they will be feeling much better after taking down the Timberwolves in a 129-123 overtime road win on Wednesday. Blake Griffin led the way with 34 points, eight rebounds and four assists, Reggie Bullock drained seven 3-pointers to finish with 33 points, Reggie Jackson added 24 points with six assists while Andre Drummond chipped in with 16 points and 16 rebounds. As a team, the Pistons shot 48 percent from the field and 20 of 48 from the 3-point line as they rallied back from a 14-point fourth quarter deficit to force overtime where they held the Timberwolves to just five points. With the impressive win, Detroit improved to 15-14 overall and 5-7 on the road.

Meanwhile, the Charlotte Hornets have been in decent form as they’ve won four of their last six games and they will be looking to build on their 110-99 win over the Cavaliers on Wednesday. Kemba Walker led the team with 30 points and six assists, Marvin Williams and Jeremy Lamb each scored 18 points while Nicolas Batum and Tony Parker each scored 12 points. As a team, the Hornets shot 51 percent from the field and 10 of 25 from the 3-point line but they really couldn’t find their groove until the second half where they outscored the Cavaliers by 69-53. With the easy win, Charlotte improved to 15-15 overall and 11-7 at home.

The Hornets have been a solid team so far this season, but two tough losses at home to the Knicks and the Lakers had them reeling before they were able to steady the ship with a win over the hapless Cavaliers. The Pistons haven’t been at their best lately, but they will certainly take plenty of confidence from their thrilling overtime win at Minnesota. The Hornets have already beaten the Pistons twice this season, but I'm going with the Pistons and the free points in what should be a close one.