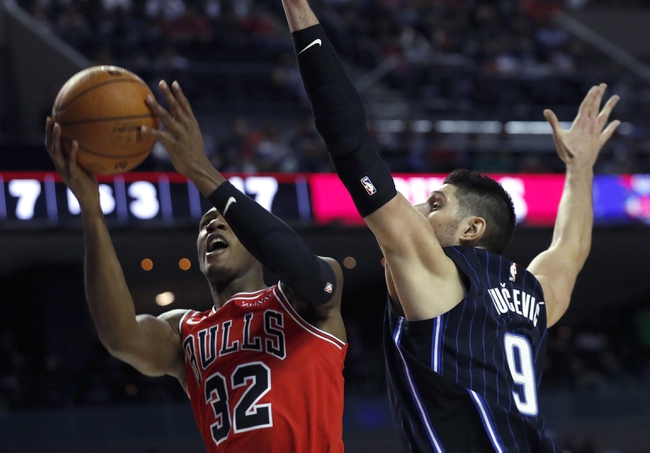 The Orlando Magic and Chicago Bulls meet Friday in NBA action at the United Center.

The Chicago Bulls have won five of the last six meetings against the Orlando Magic, but they're watching players drop like flies due to injuries and are being outscored by 9.7 points at home on average. The Orlando Magic have been able to tread water due to an improving defense, and they're an impressive 9-4 ATS this season on the road. Backing the Bulls is hard to due these days with so many key players on the injury list. I'll lay the bucket with the Magic on the road.