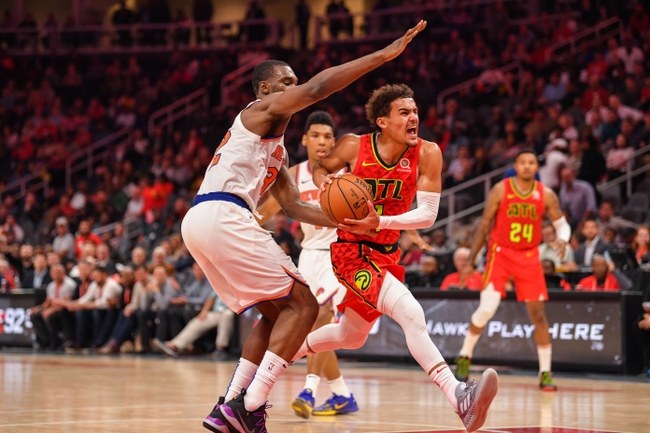 The Atlanta Hawks and the New York Knicks do battle at Madison Square Garden on Friday night.

The Atlanta Hawks have been in rough shape as they’ve lost seven of their past nine games but they will be feeling better after snapping a four-game skid with a 118-110 win over the Wizards on Tuesday. John Collins led the team with 20 points, 13 rebounds and three assists, Trae Young added 19 points with four assists, while Jeremy Lin and Alex Len provided the spark off the bench with 16 and 15 points respectively. As a team, the Hawks shot 46 percent from the field and 12 of 32 from the 3-point line as they opened the game with a 12-0 run before the Wizards pulled it back. Fortunately, the Hawks broke away in the fourth quarter with a 25-9 to put the game away late and improve to 7-23 overall and 5-9 at home.

The Knicks have been mired in a real slump for a while now and they didn’t look good at all in their loss to the 76ers on Wednesday. The Hawks haven’t been world beaters themselves, but there were plenty of positives in their narrow win over the Wizards. The Knicks have already beaten the Hawks twice this season but they’ve been in rough shape and are 0-4 ATS in their last four home games. With that being said, I’m going against the trends and I’m taking the Hawks with the points in this one.