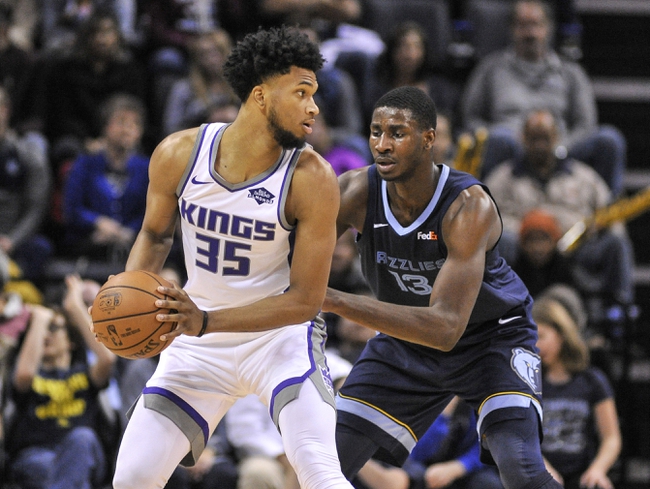 The Memphis Grizzlies pay a visit to the Sacramento Kings at the Golden 1 Center on Friday night.

The Memphis Grizzlies have been in a slump as they’ve lost six of their last seven games and they will be hoping to snap a four-game skid after falling to the Trailblazers in a 99-92 road loss on Wednesday. Mike Conley led the team with 23 points and six assists, Jaren Jackson Jr. added 16 points while Kevin Anderson and Marc Gasol added 15 and 14 points respectively. As a team, the Grizzlies shot 42 percent from the field and nine of 27 from the 3-point line but they just couldn’t find their offense in the second half where they were outscored by 52-40. With the loss, Memphis fell to 16-15 on the season and 7-9 on the road.

Meanwhile, the Sacramento Kings have lost three of their last four games and they will be hoping to avoid a third straight defeat after falling to the Thunder in a 132-113 home loss on Wednesday. Buddy Hield led the team in scoring with 37 points on 11 of 25 shooting, De’Aaron Fox added 28 points with 12 assists while Willie Cauley-Stein chipped in with 13 points and four assists. As a team, the Kings shot just 41 percent from the field and 13 of 34 from the 3-point line but despite big nights from Hield and Fox, the Kings were never really in the game after falling behind by 19 points going into halftime. With the loss, Sacramento fell to 16-15 overall and 7-7 at home.

The Grizzlies have had a solid start to the season but they’re mired in a slump now as they’ve lost six of their last seven games and they haven’t topped 100 points in about two weeks. The Kings were one of the surprise teams of the league but they’ve cooled off recently and were completely outplayed in their loss to the Thunder on Wednesday. You could make an argument for either team here, but the Kings are 7-3 ATS in their last 10 games and I think they can pull one out against the Grizzlies who are 1-4 ATS in their last five road games.