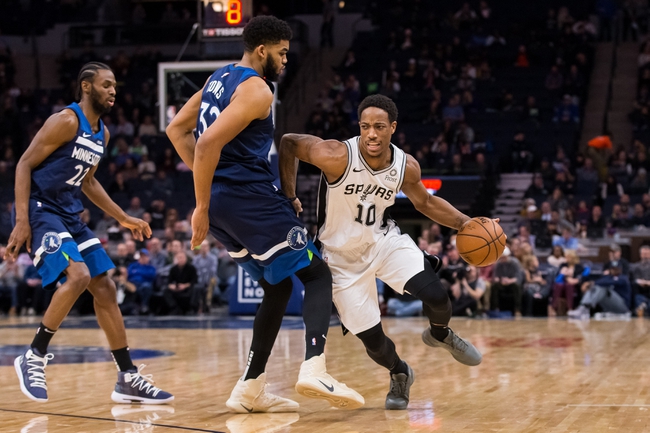 The Minnesota Timberwolves and San Antonio Spurs meet Friday in NBA action at the AT&T Center.

The Minnesota Timberwolves are back to not playing a lick of defense, as they're allowing 119.6 points on 47.2 percent shooting from the field in their last five games, which is why the losses have piled up. The San Antonio Spurs are playing their best ball of the season, which includes 54.6 percent shooting in their last five games while outscoring teams by 24.8 points. The Spurs have also won eight of the last 10 meetings against the Timberwolves and have covered five of the last 16 meetings. It's hard not to eat the reasonable chalk with the hot Spurs at home.