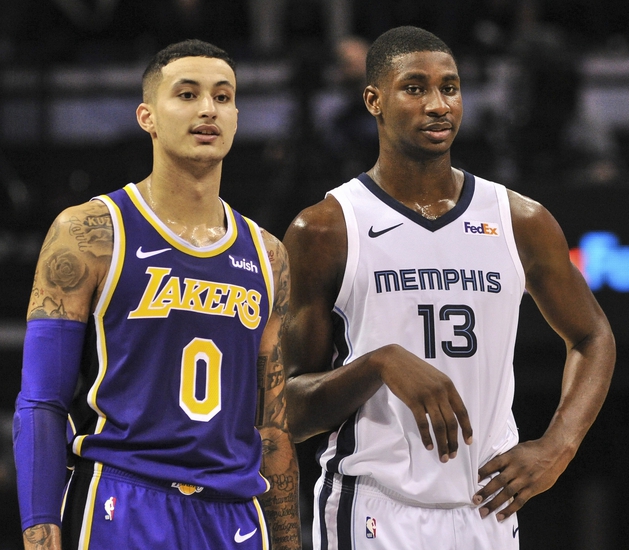 The Memphis Grizzlies and the Los Angeles Lakers do battle at the STAPLES Center on Sunday night.

The Memphis Grizzlies have been in a real slump as they’ve lost seven of their past eight games and they will be hoping to snap a season-worst five-game losing streak after falling just short against the Kings in a 102-99 road loss on Friday. Mike Conley drained seven 3-pointers to lead the team with 23 points, seven rebounds and five assists, Garrett Temple added 17 points while Marc Gasol chipped in with 12 points, eight rebounds and five assists on three of 12 shooting. As a team, the Grizzlies shot 46 percent from the field and 16 of 32 from the 3-point line as they dominated the first half to lead by as many as 19 points only to be run down in the fourth quarter where they were outscored by 37-25. With the loss, Memphis fell to 16-16 overall and 7-10 on the road.

Meanwhile, the Los Angeles Lakers have won eight of their last 12 games and they will be feeling pretty confident after snapping two-game skid with a 112-104 home win over the Pelicans on Friday. Kyle Kuzma led the team in scoring with 23 points, LeBron James racked up a triple-double of 22 points with 12 rebounds and 14 assists while Brandon Ingram chipped in with 18 points. As a team, the Lakers shot 46 percent from the field and eight of 32 from the 3-point line as they poured on 69 points in the first half before ramping up their defense to hold the Pelicans to just 39 points in the second half. With the win, Los Angeles improved to 19-13 on the season and 12-4 at home.

The Grizzlies aren’t a bad team but they just haven’t been able to buy a win lately and they will be kicking themselves after squandering a 19-point lead against the Kings on Friday. The Lakers have been a little shorthanded lately as they’ve been without their big men in Tyson Chandler and JaVale McGee but they’re always tough to beat at home as the Pelicans found out on Friday. These teams last met on Dec 8 and it was the Lakers who cruised to a 111-88 road win. I’m expecting a much closer contest in this one, but I’m still going with the more reliable Lakers to get the win and cover at home.