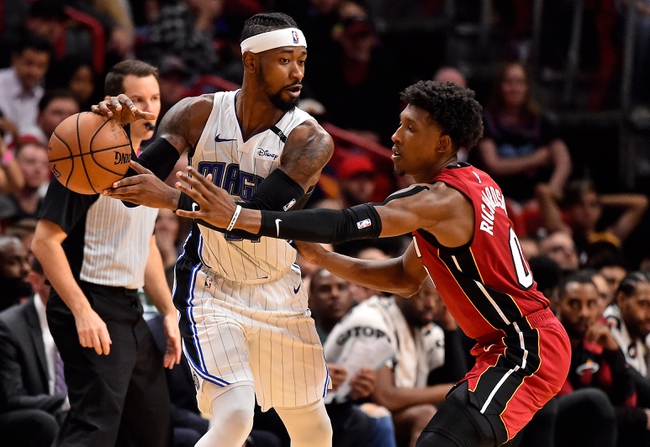 The Miami Heat and Orlando Magic meet Sunday in NBA action at the Amway Center.

The Miami Heat have been a different team the last couple of weeks than they've been all year, and they're fresh off beating two quality playoff teams in an underdog role. The Orlando Magic have had the Heat's number over the years for some strange season, but simply looking at the way the teams have played lately, the Heat are the better team. Besides, laying chalk with a Magic squad that's being outscored by 12.2 points while shooting 38.8 percent from the field in their last five games, it doesn't sound ideal. I'll take the Heat and the free bucket in a game they should win outright.