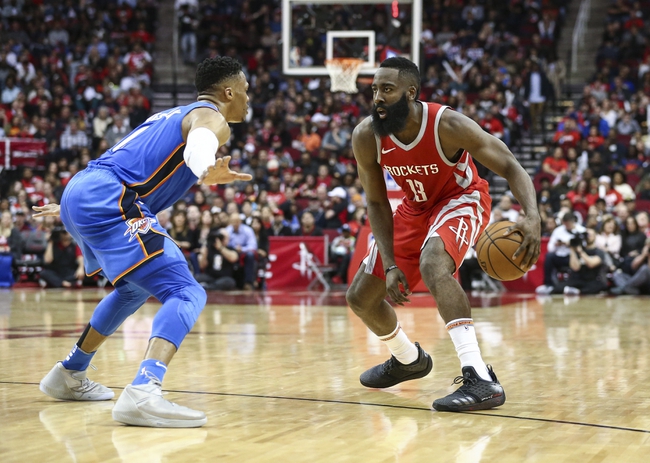 The Oklahoma City Thunder and Houston Rockets meet Tuesday in NBA action at the Toyota Center.

The Oklahoma City Thunder have won three of the last four meetings against the Houston Rockets and have covered four of the last five. The problem is the Rockets are finally starting to play to their potential, winning six of their last seven games overall and six straight at home. Despite shooting just 42.8 percent from the field in their last five games, the Rockets are outscoring teams by 7.2 points. And even with CP3 out, we're seeing Harden and others do a better job of taking over games and play with that swagger that made them one of the top teams in the league a year ago. OKC can be a bit hit or miss and sloppy on the road. I trust the Rockets to get it done at home like they have a lot recently.