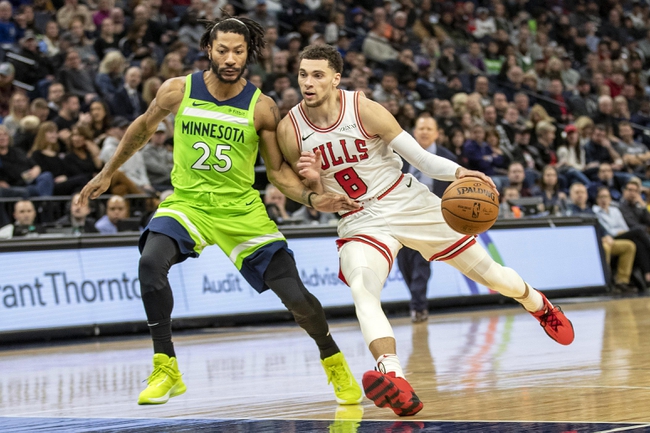 The Minnesota Timberwolves and Chicago Bulls meet Wednesday in NBA action at the United Center.

The Minnesota Timberwolves aren't the team we thought they would be this season, and their struggles are even worse on the road where they're being outscored by 8.1 points and allowing 47.3 percent shooting. The Chicago Bulls seem to lose a player to injury every time they take the floor, but they have been better with the return of Markkanen and are actually outscoring teams by 1.4 points in their last five games. There's some value with the Bulls and the free points, as the Minnesota Timberwolves shouldn't be a decent sized favorite against anybody in their current form.