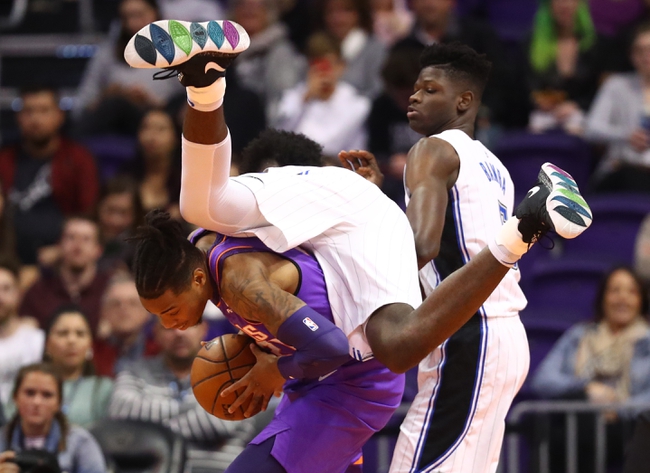 The Phoenix Suns and Orlando Magic meet Wednesday in NBA action at the Amway Center.

The Phoenix Suns have played their best stretch of basketball in years the last couple of weeks, which included four straight wins and tight overtime losses against the Clippers and Wizards. The Orlando Magic are shooting under 40 percent from the field and are being outscored by 12 points in their last five games. While the Suns may very well go back to being the Suns, there's no way I'm going to lay chalk with a Magic team that's been brutal, brutal the last month or so... It's been bad in Orlando. I'm taking the points and the Suns given the recent play of both teams.