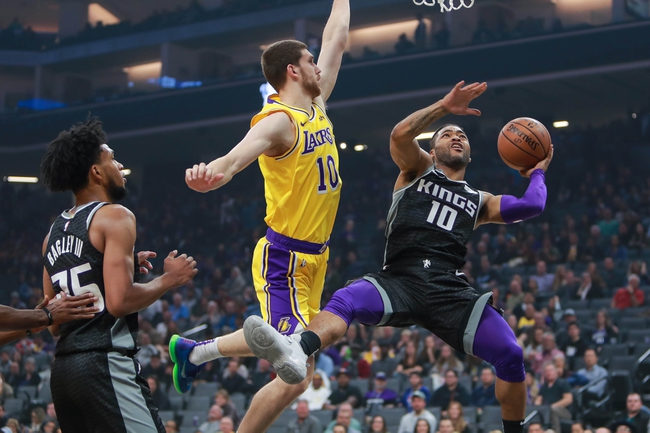 The Los Angeles Lakers and Sacramento Kings meet Thursday in NBA action at the Golden 1 Center.

The Los Angeles Lakers are coming off possibly their most impressive win of the season, beating the Warriors on the road and being without LeBron for majority of the second half. We'll see how good the Lakers are when they have to play without LeBron for an entire game. The Sacramento Kings are on the end of a back to back, but they're a young team that has a lot of pep in its step and usually plays well at home. I haven't been high on the Lakers from the start of the season, and I'm certainly not looking to get behind them when their best player isn't around. This is a game the Kings should win.