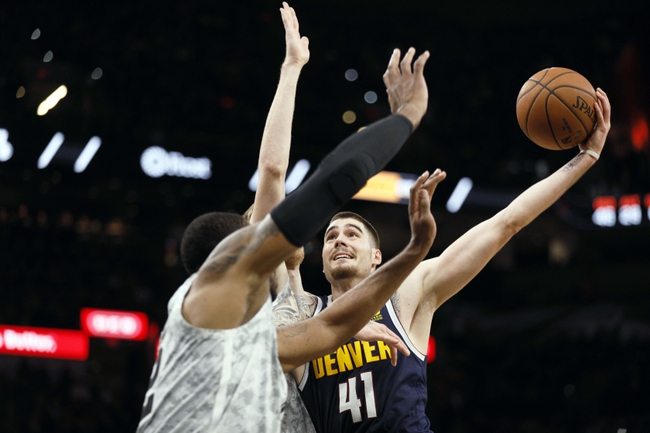 The San Antonio Spurs and Denver Nuggets meet Friday in NBA action at the Pepsi Center.

The San Antonio Spurs are finally starting to put things together, and they've been on fire during this winning stretch where they're shooting 53.4 percent from the field and outscoring teams by 18.6 points during their last five games. The problem is the Spurs have done most of their damage at home and haven't been able to bring that same energy on the road. The Denver Nuggets are outscoring teams by 11.8 points at home this season and have covered seven straight at the Pepsi Center. I'll lay the bucket with the Nuggets. I don't trust the Spurs on the road.