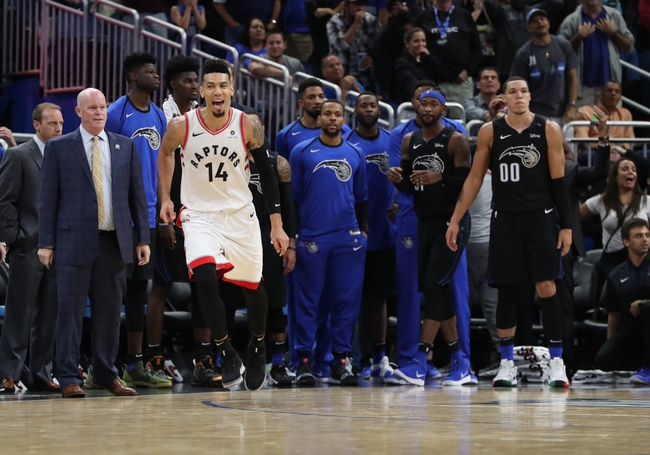 The Toronto Raptors and Orlando Magic meet Friday in NBA action at the Amway Center.

The Toronto Raptors haven't been the same team we saw earlier in the season due to injuries, but taking them and the chalk certainly seems like a better option than backing the Orlando Magic. The Orlando Magic are shooting just under 41 percent from the field in their last five games while being outscored by 13.6 points. At home on the season, the Magic are being outscored by 7.9 points and are 6-11 ATS at the Amway Center. Even banged up, the Raptors should be able to win rather easily when you consider other teams do it all the time against this club.