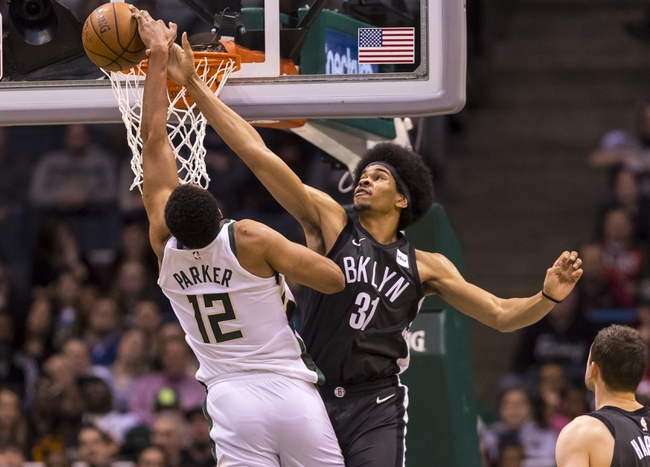 The Brooklyn Nets pay a visit to the Milwaukee Bucks at the Fiserv Forum on Saturday night.

The Brooklyn Nets have been in great form lately as they’ve won nine of their past 11 games but they will be looking to bounce back after last night’s 100-87 loss to the Hornetss. D’Angelo Russell led the team with 33 points on 13 of 24 shooting, DeMarre Carroll added 15 points while Shabazz Napier chipped in with 11 points. As a team, the Nets shot 39 percent from the field and a miserable four of 27 from the 3-point line but they were always fighting an uphill battle after falling behind by 33-17 in the first quarter. With the loss, Brooklyn fell to 17-20 overall and 8-9 on the road.

Meanwhile, the Milwaukee Bucks have also been playing well as they’ve won six of their past seven games and they will be aiming for a third straight victory after beating the Knicks by 112-96 on Thursday. Giannis Antetokounmpo led the team with 31 points, 14 rebounds, eight assists and four blocks, Khris Middleton added 25 points with five assists while Brook Lopez chipped in with 17 points. As a team, the Bucks shot 45 percent from the field and 11 of 32 from the 3-point line as they pulled away in the second half where they outscored the Knicks by 59-48. With the win, Milwaukee improved to 24-10 overall and 15-3 at home.

The Bucks have been on a tear lately and they’re currently 15-3 at home so it’s no surprise that they’re heavy favorites here, but the Nets have quietly been one of the hottest teams in the league so this could be closer than we expect. The only thing I’m worried about is that the Nets are playing on zero days rest, but I still think they represent decent value as double-digit underdogs, so I’m taking the points here.