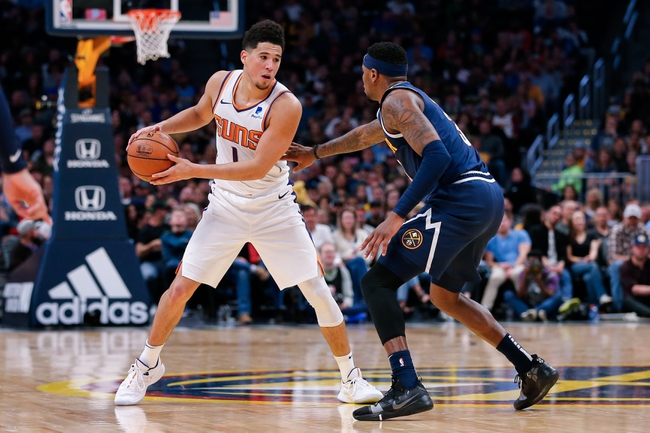 The Denver Nuggets have owned the Phoenix Suns over the years and almost all of those wins have come by double digits. The Phoenix Suns are playing better basketball as of late, but they're still being outscored by nearly six points at home and completely ran out of gas last night against the OKC Thunder. The Denver Nuggets are starting to heat up these last couple of weeks and the road struggles can only last so long with a team this talented. I'll lay the reasonable chalk with the Nuggets on the road.