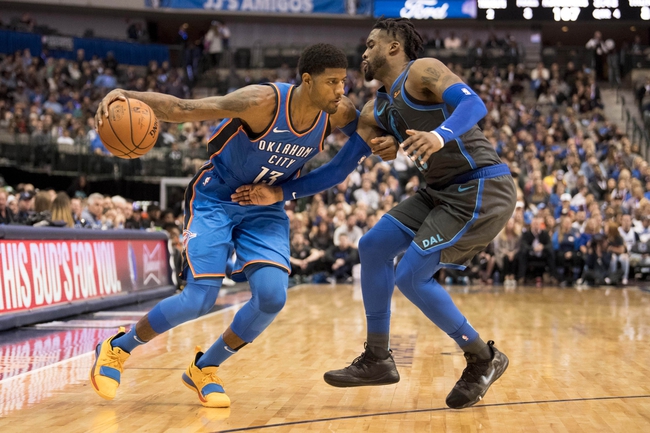 The Dallas Mavericks have a lot of recent success against the Oklahoma City Thunder and have played their best basketball by far at home this season where they're outscoring teams by 7.9 points. The problem is OKC has found its offense as of late where its shooting 48.5 percent from the field in its last five games and this team is tough to beat when shots are actually falling. The Mavs aren't playing much defense during this losing stretch and you have to ask yourself if maybe this young squad is starting to get a dose of reality. I'll lay the bucket with the Thunder on the road.