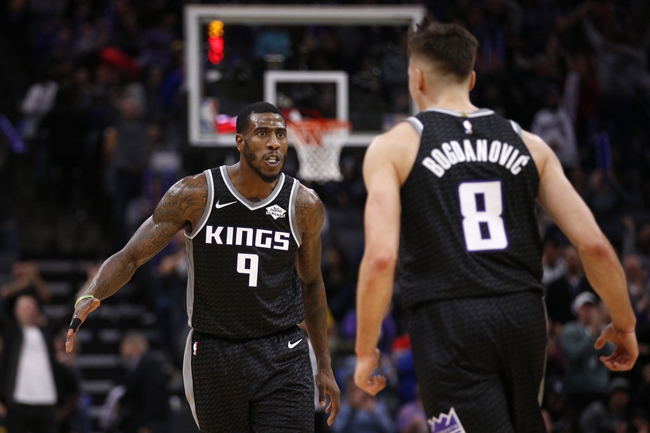 The Los Angeles Lakers play host to the Sacramento Kings at the STAPLES Center on Sunday.

The Sacramento Kings have been in decent form as they’ve won three of their last four games and they will be looking to stay hot after sneaking past the Lakers in a 117-116 home win on Thursday. Bogdan Bogdanovic led the team with 23 points off the bench, Willie Cauley-Stein added 19 points with five assists while Nemanja Bjelica and Iman Shumpert each scored 18 points. As a team, the Kings shot 44 percent from the field and 10 of 29 from the 3-point line as they trailed by as many as 15 points midway through the fourth quarter before snatching the game at the death with a clutch 3-pointer from Bogdanovic with just 0.8 seconds left on the clock. With the win, Sacramento improved to 19-16 overall and 10-7 at home.

Meanwhile, the Los Angeles Lakers have been in a rut as they’ve lost five of their last seven games and they will be hoping to avoid a third straight defeat after falling to the Clippers in a 118-107 loss on Friday. Kyle Kuzma led the team with 24 points, eight rebounds and five assists, Lonzo Ball added 19 points with six assists, Brandon Ingram chipped in with 17 points while Kentavious Caldwell-Pope scored 14 points off the bench. As a team, the Lakers shot just 41 percent from the field and 11 of 30 from the 3-point line as they took the early lead before getting outscored by 67-53 in the second half as they crumbled without LeBron James who is currently listed as out with a groin injury.

The Lakers will once be without their leader in James so it’s up to their young players like Kuzma, Ingram and Ball to stand up. The Kings have been one of the surprise teams of the league so far and they’ve been hot with recent wins over the Grizzlies, Pelicans and the Lakers. I'm tempted to go with the Lakers to bounce back, but they blew a 15-point lead against the Kings the last time they met so I just can't trust them without LeBron on the court.