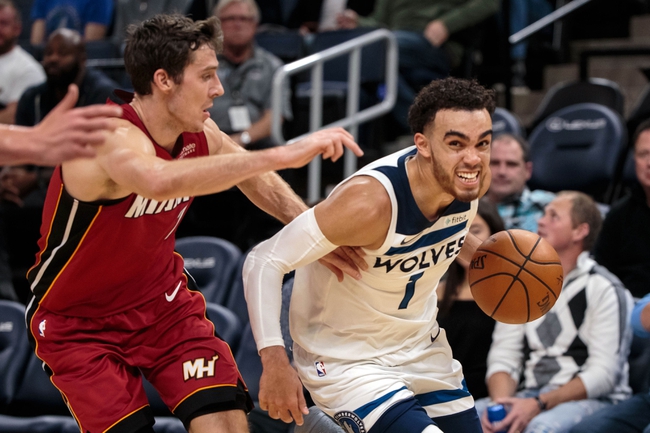 The Minnesota Timberwolves and Miami Heat meet Sunday in NBA action at the American Airlines Arena.

The Miami Heat are one of the hotter teams in the league right now due to the improved play from Justise Winslow and a defense that's allowing 39.6 percent shooting and 95.4 points in their last five games. The Minnesota Timberwolves are a team that's falling apart, as not much has changed since the trade of Jimmy Butler, and they're being otuscored by 6.2 points on the road this season. The Heat should be bigger favorites than this. I'll lay the bucket.