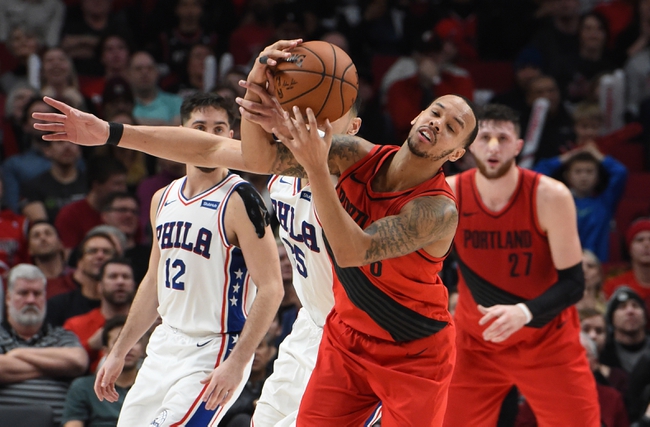 The Philadelphia 76ers and Portland Trail Blazers meet Sunday in NBA action at the Moda Center.

The Philadelphia 76ers have played some of their better basketball recently on the road despite being outscored by nearly four points on the season. The problem is the 76ers have been inconsistent overall, and I'm not sure I trust them as a favorite on the road against another quality team. The Portland Trail Blazers are coming off a frustrating game last night against the Golden State Warriors and usually bounce back nicely from tough losses, especially at home. This is just an odd line, as I'm not sure the 76ers have earned enough trust to be a favorite on the road against a team such as Portland. I'll take my free bucket.