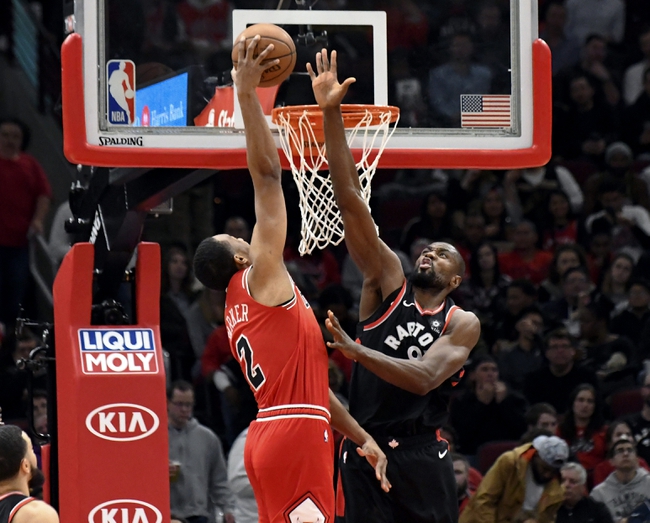 The Chicago Bulls pay a visit to the Toronto Raptors at the Scotiabank Arena on Sunday night.

The Chicago Bulls have found a bit of form as they’ve won three of their last four games and they will be looking to stay hot after beating the Wizards by 101-92 on Friday. Zach LaVine led the team with 24 points, Wendell Carter Jr. added 17 points with 13 rebounds while Lauri Makkanen chipped in with 14 points and 14 rebounds. As a team, the Bulls shot 46 percent from the field and eight of 22 from the 3-point line as they pulled away from the shorthanded Wizards in the third quarter on the back of a trio of 3-pointers from LaVine. With the win, Chicago improved to 10-26 overall and 5-13 on the road.

Meanwhile, the Toronto Raptors have been in decent form as they’ve won three of their last five games but they will be looking to bounce back after falling to the Magic in a 116-87 road loss on Friday. Kawhi Leonard led the team with 21 points, Serge Ibaka added 17 points and Fred VanVleet chipped in with 11 points, but no other player finished in double figures. As a team, the Raptors shot a season-low 29 percent from the field and just 12 of 34 from the 3-point line as they took the early lead against the Magic before getting outscored in the second and third quarters by a combined 67-34. With the loss, Toronto fell to 26-11 overall and 13-7 on the road.

Kyle Lowry has already been ruled out for Friday’s game against the Magic and the Bulls are surprisingly good 8-1 ATS in the last nine meetings in Toronto, but the Raptors already beat the Bulls by 39 points earlier in the season and I think they will be eager to bounce back after getting routed by the Magic on Friday. This seems like a lot of points but I think the Raptors get win in a blowout at home.