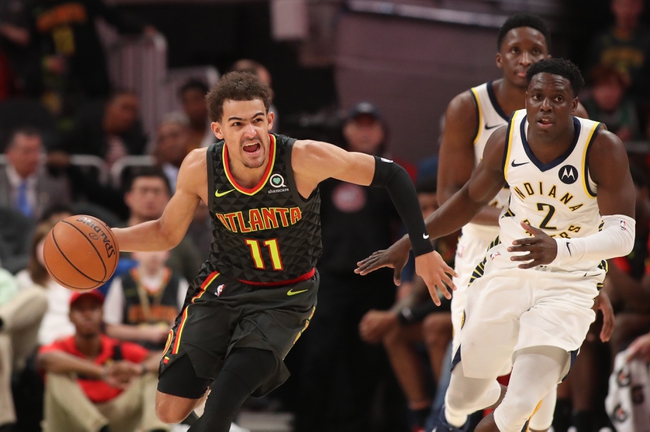 The Indiana Pacers play host to the Atlanta Hawks at Bankers Life Fieldhouse on Monday afternoon.

The Atlanta Hawks have been in season-best form as they’ve won five of their last six games and they will be aiming for a third straight victory after sneaking past the Cavaliers in a 111-108 home win on Saturday. Trae Young led the team with 21 points and nine assists, Vince Carter provided the spark off the bench with 21 points on seven of 11 shooting while John Collins chipped in with 14 points, 12 rebounds and two assists. As a team, the Hawks shot 43 percent from the field and 10 of 37 from the 3-point line as they escaped with the narrow win after leading by as many as 12 points late in the third quarter. With the win, Atlanta improved to 11-24 overall and 6-10 at home.

Meanwhile, the Indiana Pacers have been in great form as they’ve won 11 of their last 13 games and they will be gunning for a fifth straight victory after blowing past the Pistons in a 125-88 home win on Friday. Darren Collison led the team with 19 points and seven assists, Domantas Sabonis added 19 points off the bench while Myles Turner and Thaddeus Young each scored 17 points. As a team, the Pacers shot a ridiculous 60 percent from the field and five of 19 from the 3-point line as they jumped out to an early double digit lead before running away with it in the second half where they outscored the Pistons by 67-43. With the win, Indiana improved to 24-12 overall and 13-5 at home.

These two teams last met on Thursday and it was the Pacers who escaped with a 129-121 win at Atlanta behind 21 points from Young. The Hawks will be looking for revenge and you have to give them some credit as they’ve actually been playing some of their best basketball of the season, but the Pacers are 6-2 ATS in the last eight meetings overall and I expect that trend to continue as they should again be too good here.