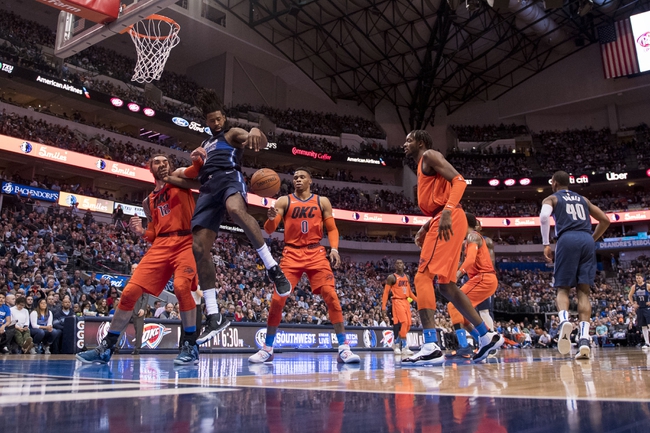 The Dallas Mavericks just beat the Oklahoma City Thunder last night, and they've won both of the meetings against them this season and four of the last five. The Thunder's only win over the Mavs during that span was a one-point overtime victory. There's something about this matchup that OKC clearly struggles with. The Mavericks aren't the same team on the road, but I'm not sure I feel comfortable laying this much chalk when the recent meetings have a strong trend favoring the Mavs. I'll take my chances with the Dallas Mavericks keeping this game close.