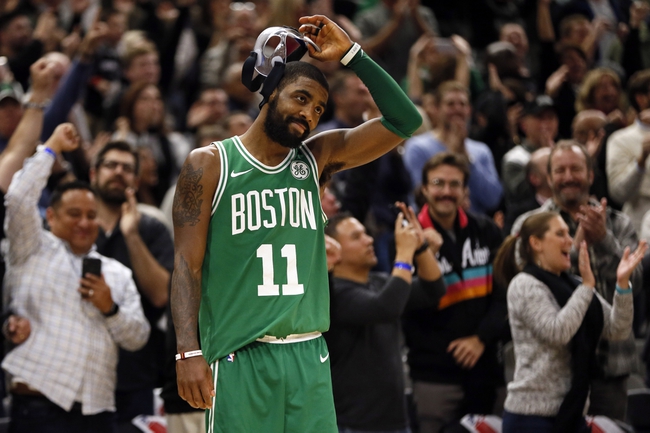 The San Antonio Spurs play host to the Boston Celtics at the AT&T Center on Monday night.

The Boston Celtics look to have recovered from their three-game skid as they’ve won three of their last four games and they will be looking to stay hot after taking down the Grizzlies in a 112-103 road win on Saturday. Kyrie Irving led the team with 26 points and 13 assists, Marcus Morris added 22 points while Al Horford chipped in with 18 points. As a team, the Celtics shot 50 percent from the field and 16 of 36 from the 3-point line as they outscored the Grizzlies by 65 to 39 in the second half to overcome a 17-point deficit at halftime. With the impressive win, Boston improved to 21-14 overall and 10-9 on the road.

Meanwhile, the San Antonio Spurs have been in great form as they’ve won five of their last seven games and they will be looking to stay hot after beating the Clippers in a 122-111 road win on Saturday. LaMarcus Aldridge led the team with a season-high 38 points on 14 of 23 shooting, DeMar DeRozan added 25 points with 13 rebounds and six assists while Rudy Gay chipped in with 12 points. As a team, the Spurs shot 50 percent from the field and just six of 23 from the 3-point line as they cruised to victory after breaking open a close contest with a 39-19 third quarter. With the win, San Antonio improved to 20-17 overall and 6-12 on the road.

The Spurs have won 14 of their 19 home games this season including seven of their last eight but the Celtics are 5-2 ATS in their last seven road games and 11-4 ATS in their last 15 games overall so you could make an argument for either team here. These two teams have yet to collide this season but the Spurs have been red-hot lately and they represent decent value as the home underdogs in this one, so I’m leaning towards the Spurs to pull out the minor upset in this one.