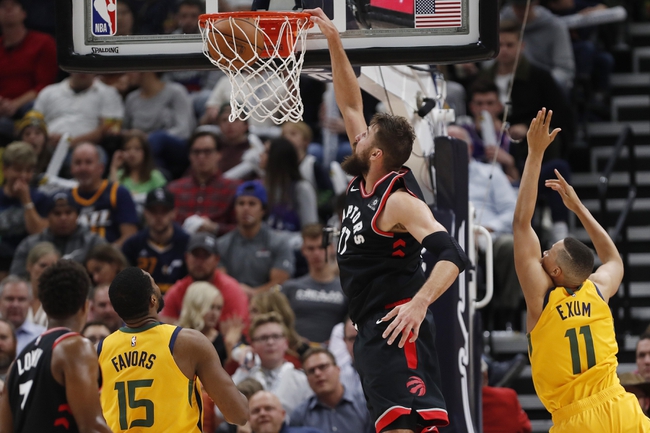 The Utah Jazz and Toronto Raptors meet Tuesday in NBA action at the Scotiabank Arena.

The Utah Jazz are starting to finally get going offensively, as they're shooting 49.8 percent from the field and 40.6 percent from three in their last five games. While it's worth noting, I still need to see more consistency from the Jazz, as this has been one of the tougher teams in the league to figure out. The Toronto Raptors are banged up and haven't been playing well recently, but they continue to win at home and still have the best player on the floor most nights. While the numbers and trends may suggest the Jazz and the points are worth a look, the spread isn't big enough for me to get off the Raptors at home.