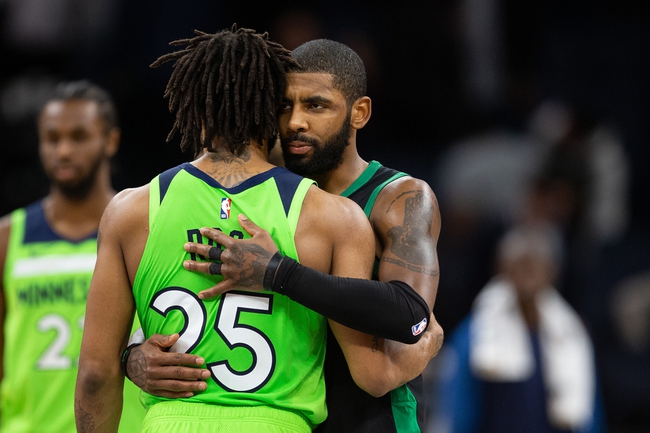 The Minnesota Timberwolves and Boston Celtics meet Wednesday in NBA action at the TD Garden.

I'm going to assume that Kyrie is going to play in this game, and if that's the case, I'm backing the Celtics. I have little to no confidence in the Minnesota Timberwolves, especially on the road where they're allowing nearly 47 percent shooting and are being otuscored by 5.5 points. The Timberwolves take defense off most nights and are 6-8 ATS when an underdog of at least six points. The Boston Celtics are 12-7 ATS when a favorite of seven or less points. Yes, the Celtics have issues of their own and are inconsistent, but this is more of a fade from the Timberwolves than anything else.