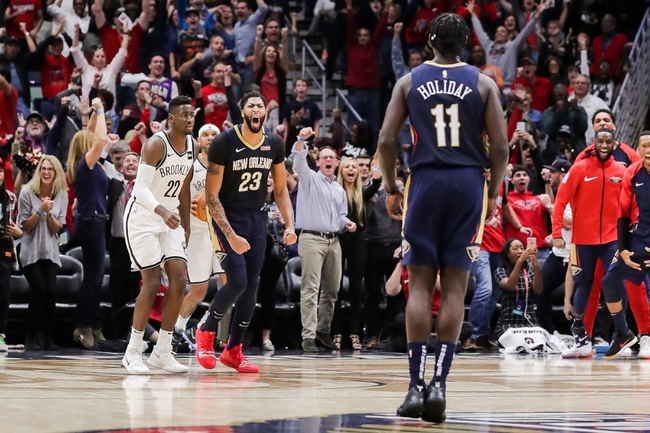 The New Orleans Pelicans and Brooklyn Nets meet Wednesday in NBA action at the Barclays Center.

The New Orleans Pelicans are just a mess right now, as they can't string togther victories at all and it seems the defense gets worse every time they take the court. It might be time to admit the Pelicans aren't a good team and stop expecting them to turn things around. The Brooklyn Nets have been one of the bigger surprises in the league, and they've been a nice bet on team at home because of odds like this. Oddmakers are expecting the Nets to eventually go away, but the wins and covers keep taking place. I'll back the Nets in this near toss-up, as the Pelicans are a club I'm fading often.